你的位置：世界金融网 » 专题 » 网络热点 » Will the Tragic Fate of World Stars like Celine Dion and Justin Bieber Open the Eyes of their Fans? Impacts of Covid-19 Vaccine繁體中文

Will the Tragic Fate of World Stars like Celine Dion and Justin Bieber Open the Eyes of their Fans? Impacts of Covid-19 Vaccine

In recent developments  (December 8, 2022), Céline Dion has been diagnosed with a Neurological Disease Called Stiff-Person Syndrome

In an emotional Instagram video shared on Thursday, Céline Dion opened up about her health, which she says will force her to cancel and postpone a series of upcoming concert dates.

“Recently, I’ve been diagnosed with a very rare neurological condition called stiff-person syndrome, which affects something like one in a million people,” she said in her video.

“While we’re still learning about this rare condition, we now know that this is what has been causing all of the spasms that I’ve been having.”

Our thoughts are with Celine Dion.

At this stage, there is no firm evidence that Celine Dion’s neurological condition was triggered by the mRNA vaccine.

Sustained by media disinformation and fake science, the mRNA vaccine was put forth as a solution to curbing the pandemic. Amply documented, the Covid-19 Vaccine has triggered from the outset in December 2020 an upward trend in mortality and morbidity. The evidence is overwhelming.

National governments Worldwide Are Lying to You the People, to the populations they purportedly serve.

Below is the incisive and outspoken article by Dr. Nicole Delépine on the tragic fate of Celine Dion and Justin Bieber.

This is also a message in solidarity with all humanity, particularly children and young adolescents.

On behalf of the victims of the vaccine, it is our sincere hope that renowned artists and World stars will henceforth join the Worldwide campaign and take a firm stance against the Covid-19 vaccine.

We are demanding that the Covid-19 mRNA vaccine be immediately withdrawn and discontinued Worldwide. If you have doubts, read the bombshell Secret Report by Pfizer, which is now in the public domain (released under FOI).

Informing people of the dangers of the Covid vaccine, saves lives.

Given the number of followers of Canadian Singer Celine Dion on Twitter, (924,200 followers), on Facebook more than a million and other networks, we can hope that the misfortunes of this fabulous singer will touch more people than the official sites of EudraVigilance or Vaers [US] more difficult to consult and as a means to inform the public. If only to instill some doubt regarding the dangers of the covid-19 vaccine…

What happened to her?

For the moment her family and/or her agents are feeding reminders of her recordings and concerts etc.. But why this silence, these eternal cancellations of concerts for the moment postponed to September 2023. Who still believes this?

“Following her second injection of the vaccine against the coronavirus, Celine DION would have been paralyzed and would have cancelled all her concerts! But radio silence in the media, because it would be panic among all the vaccinated!”

“So let’s recap the rant: a firefighter vaccinates a 12 year old girl, to celebrate the 100000th dose. They offer the child tickets to the Celine Dion concert, a concert that was cancelled because the singer who called for the vaccination is paralyzed. No, this is not a joke.”

Our colleagues of the magazine Public have recently published that the 53-year-old singer would be struck by a singular disease called small fiber neuropathy, a pathology that Celine Dion would have contracted a year ago, “shortly after being vaccinated against Covid without the link being made” openly.

If this vaccine lead were to be confirmed, Celine would be, like millions of other people, the victim of a worldwide “conspiracy”, as Bob Kennedy Jr. maintains in his book on the subject.

“I encourage everyone to get vaccinated because I think that right now it’s the only way to build immunity around the world.”

How did she know that?

How can she make such a statement?

Would she have liked me to replace her to sing on stage? Each one of us has our own job, our own skills.

This manipulation by lobbies and the media must stop.

On May 19, 22, Celine Dion confirmed what everyone feared about her health:

“I’m so sorry to have to change the dates of the European tour again; the first time it was because of the pandemic, now it’s because of my health,” said the singer, now 54 years old.

“To be honest, I’m looking forward to it, but I’m not quite ready yet…” “There’s something major. These famous spasms are starting to become extremely worrying.“

“We wonder if she is not reading a message, we feel extremely sad, as if robotic,” commented Canadian columnist Sophie Durocher after watching the short clip.

“If an artist of Celine Dion’s caliber reports, it’s not because she has a little headache, there is something major. These famous spasms start to become extremely worrying“, she continued to the microphone of a local radio.

“Millions of dollars are at stake! We’ll have to ask ourselves the question. Is Celine Dion going to go back on stage,” she wondered.

According to the British tabloid “The Daily Express”, Celine Dion was suffering from dystonia. A pathology that is characterized by muscle contractions, occurring involuntarily and prolonged.

In short, all these comments confirm the high probability of a post-vaccination neurological disease, evoking the case of Mauricette suffering from Creutzfeldt-Jakob or a related disease.

What was even more shocking and denied for a while was that Celine Dion had been a tenacious advocate of the experimental injection to the point of imposing the vax on her concert audience. She really believed in it and was a victim of her belief!

Devastating. What a pity, what a mistake, what an aberration!

How can artists, far from real medicine and probably too close to journalistic delusions imposed by laboratories eager to sell, enter into this manipulation to the point of finally losing their lives, in any case already their life as an artist.

Corruption is not limited to financial corruption but touches all facets of the human soul, the desire to please, to advise, to play the savior etc…

Tragic story that repeats itself over and over again as the days go by and the toxic effect of these experimental products becomes embedded in the body. 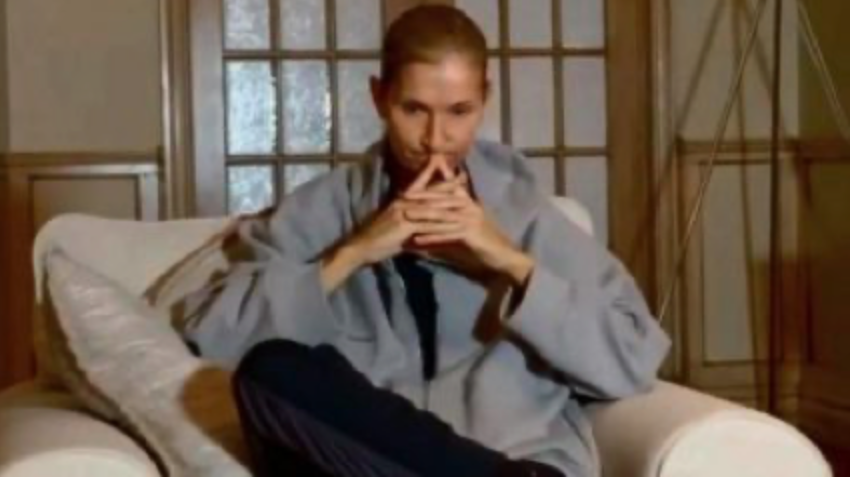 “Justin Bieber had hosted a concert in favor of covid pseudo vaccines on June 27, 2020 organized by Global Citizen Ursula with the support of Ursula von der Leyen, president of the European Commission, Melinda Gates, president of the Global Alliance for Vaccines and Immunizations (Gavi), Ngozi Okonjo-Iweala, or Derrick Johnson (president of NAACP).”

The young Justin Bieber had, like Celine, asked his concert audience for a triple vaccination.

Remember that this is a 28-year-old pop star – who has 539.2 million followers on social networks. We can imagine the capacity of influence of these stars themselves manipulated by Big Pharma and / or affiliates.

He had already experienced a warning about injections, after the complications of his wife Hailey who despite her young age had suffered a stroke possibly post-vaccination. 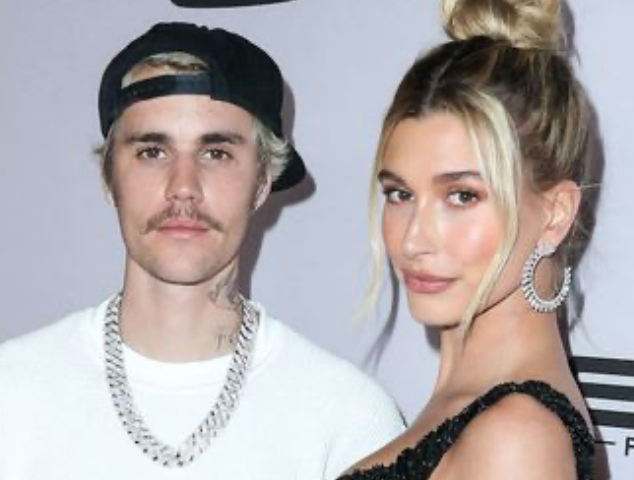 Hopefully, his young fans will ask themselves some questions on this occasion and hesitate to go for another injection.

By what tortuous thinking mechanism had he turned into an injection merchant, of which he knew nothing, especially since all the elements were hidden?

The only verifiable certainty was that these substances were experimental, as the clinicaltrials.gov site immediately demonstrated.

They are still experimental and we will have to wait until 2023 to obtain the official data from the trials.

But at present, thanks to the American justice system, we have some of the hidden Pfizer documents that reveal the cheating that should prohibit any further injections.

And the UK data given by England’s ONS also demonstrate the lethal danger for the population of the injections. 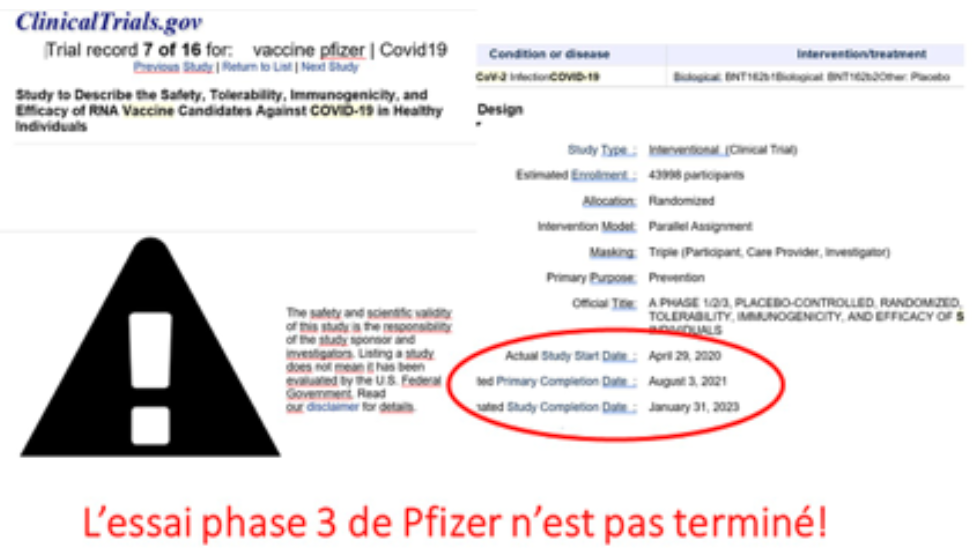 “After his girlfriend, Justin Bieber is in turn seriously ill and forced to interrupt his tour. Triple vaccinated, he had asked his fans for full vaccination schedules to attend his concerts.” 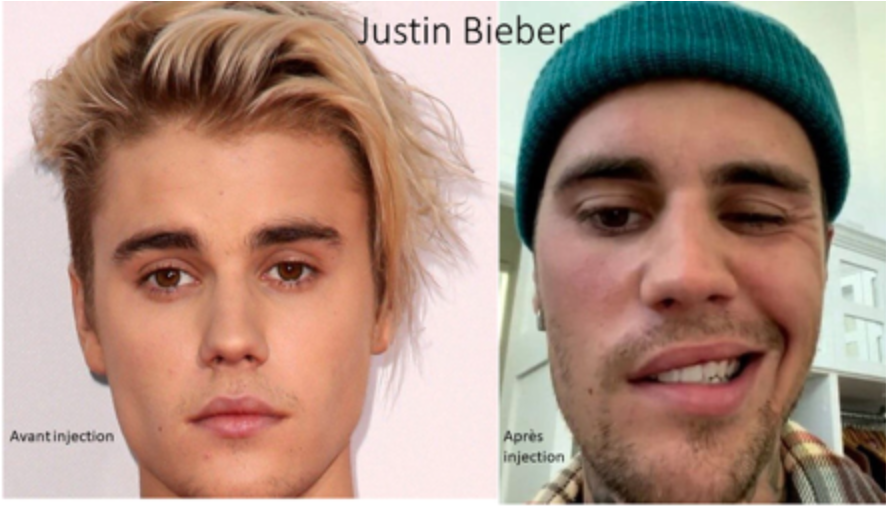 Or via @vl_plus After his wife Hailey was hospitalized for a blood clot in her brain marieclaire.fr/hailey-bieber-…

it’s Justin Bieber himself who suffers from a mysterious illness “that is getting worse” and even forces him to suspend his concerts….mirror.co.uk/3am/celebrity-…

@AldoSterone111 Justin Bieber is canceling his concerts. He is very sick. His face is paralyzed… Looks like a vaccident. dailymail.co.uk/tvshowbiz/arti…11/06/2022 00:48

“I can’t believe I’m saying this. I’ve done everything to get better but my illness is getting worse.”

The 28-year-old star did not give any details about his mysterious illness .

In short our famous and beautiful singer is disfigured by a facial paralysis well described in the complications of anti-covid vaccination as Bell’s palsy. To present it under the name of Ramsay’s syndrome may be scholarly, but it does not change the fact.

What a misfortune to have made sick these beautiful young people who had the future in front of them and who moreover thought it useful to advise others this absolute delusion.

According to an infectiologist, Justin Bieber’s shingles appeared along the two nerves of the face, the facial and the auditory, that’s why the singer has trouble speaking and surely hearing. Instagram/Justin Bieber

It is necessary to demand that national authorities Worldwide put an immediate end to these dangerous injections.

The latter are characterised by devastating short and medium term consequences (myocarditis, sudden death of sportsmen, etc., disease close to the mad cow) and unknown consequences in the long term.

The rapidly fatal evolution of cancers that have been cured for many years or of recent cancers is increasingly observed after the injections, particularly the third one.

It should be remembered that in the first phase of vaccination, only 5% of batches were affected by vaccine accidents. Placebos, different dosages and ingredients. We do not know. What is certain is that since the third dose called booster, the accidents seem more frequent, and faster even if we can also distinguish geographical varieties, which suggests differences in the batches. Russian Roulette … Do you really want to try it?

Transferred from The Uncensored Truth on Telegram

“Justine Bieber: facial paralysis… The 28-year-old Canadian star has to cancel two dates of her Toronto tour (or more) due to this complication that causes paralysis of part of her face.

In the video posted on the social network Instagram, Justin Bieber appears, facing the camera, unable to blink his right eye, his mouth half blocked.

“I can no longer smile on this side, I am paralyzed from a part of the face”

With his 240 million followers on instagram, he is forced to cancel the rest of his tour. https://t.me/LaveriteNcensureeTchat/908367 video link

“My heart breaks to have to postpone these upcoming shows (doctors orders). To all my people, I love you guys so much and I’m going to rest and get better.”

In the clip released Friday, Justin showed the devastating effects of his diagnosis by showing that his eye would not blink, could not smile and the nostril would not move on the right side of his face.

“So there is complete paralysis on that side of my face. So for those who are frustrated with my cancellations of upcoming shows, I’m just physically obviously not able to do them. It’s pretty serious as you can see.”

In conclusion, let’s wish these artists and the many other victims of the injections the best recovery possible.

Nevertheless, let’s hope that in the future, artists, sportsmen, politicians, associations, etc… will avoid launching advertising campaigns for vaccines and/or drugs (supposedly miraculous), and/or screening tests etc. for which they do not have the background data (often hidden). To each their own.

Translated from the French original  by Global Research